How to extend your smartphone battery life

byOkechukwu Solomon -January 06, 2019 0
Batteries are essential for mobile phones to work. When the telecoms revolution began in Nigeria, what was common were feature phones essentially designed to make and receive voice calls and do short message service (SMS). But technology has since changed. Smartphones have taken over and they cost fortunes to acquire. Note: that improper charging could destroy a smartphone’s battery and compromise its efficiency. 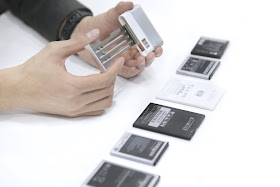 The advent of the global system for mobile (GSM) communication has transformed lives. With the telecoms revolution that happened over a decade ago in Nigeria, the preponderance of smartphones and the increase in the level of internet penetration have not only broken the fetters erected by distance, it has turned the world into a global village.

With the challenge in electricity supply in the country and the need to “stay connected”, some original equipment manufacturers (OEMs) have come with ingenuous products such power bank and solar chargers. But in all these too are chargers to keep the mobile phones running.

The functions the mobile phones perform have increased phenomenally over the years, with equally phenomenal increase in available mobile applications. According to Wikipedia, the Google Play Store or Google Play (originally as the Android Market) is a digital distribution service operated and developed by Google. It serves as the official app store for the Android operating system, allowing users to browse and download applications developed with the Android SDK and published through Google. According to AppBrain Stats, (an online platform for statistics on Android libraries, development and tool), there are over 1,400,000 applications available as of November 2014, of which over 1.2million are free and over 200,000 are paid. And on the Apple Store, there are over two million apps and an estimated 100 billion downloads for various iOS devices globally.

The mobile phone has become many users’ personal assistant, companion, day planner, wallet, health instructor, pay television station, video/audio camera, photographer and so many others. All these functions are driven by applications that could drain battery life.

But how diligent or otherwise the batteries of smartphones are charged can also affect its battery life, a new research by Battery University has shown. Charging smartphone’s lithium-ion battery in short bursts can improve its lifespan, while leaving the phone plugged in once it is 100 per cent charged is bad for the power source, the research warned.

Its latest research provides insight on how to prolong smartphones battery life using the correct charging methods, which means the device can spend more time giving the user reliable performance.

How prolong your smartphone battery life

For smartphones users to optimise the battery life of the phones, the hints below will be of great use:

The research states that leaving your device plugged in past the 100 per cent charge point is bad for its battery.

Leaving it charging keeps the battery under high stress, which wears it down.

Removing the device from charging when it reaches 100 per cent is like “relaxing muscles after strenuous exercise”.

According to Battery University, lithiumion batteries do not need to be fully charged all the time, and doing so is not the best way to maintain the battery.

“It is better not to fully charge, because a high voltage stresses the battery”, stated the report, which will wear it down over time.

Multiple, short bursts of charging are advised over one long charge.

Smartphone batteries respond better to multiple stints of charging throughout the day instead of one long charge when the battery is running low.

Battery University stated that charging your device every time its drops 10per cent of its battery life would be the best-case scenario.

As this is not practical for many people, charging your phone when you have an opportunity is advised.

This will keep your smartphone’s battery performing better for longer.

Smartphone batteries must avoid extreme heat to function optimally, and Apple advises users to remove phone cases if they notice their device heating up while charging.