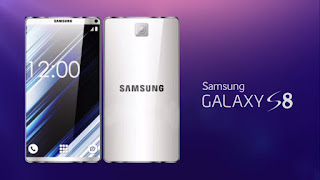 However, Samsung’s next flagship handset will be Samsung Galaxy S8, and it is expected to feature a major redesign. The smartphone will lack physical home button and will have dual-lens rear camera setup just like iPhone 7 plus.

There are lot’s of rumors spreading like a fire on the internet, we previously shared a rumor specifications that Samsung Galaxy S8 will feature which includes 6GB Ram and up to 256GB storage. Samsung will feature Snapdragon 835 processor.


However, a new rumor coming from one of the China’s popular leakster, Ice Universe, suggests that the upcoming Galaxy S8 is expected to feature 8GB RAM and a newer UFS 2.1 flash storage chip. The same leakster also suggested that Samsung is going to manufacture their own 8GB RAM memory using its 10nm technology as pear a report by MySmartPrice.