Okechukwu Solomon November 15, 2016 Technology
Some networks are already giving up on Blackberry OS devices and even customers has giving up on BB devices but WhatsApp seems to woke up on the right side of the bed, hence prolong supports for WhatsApp for Blackberry till June 2017. 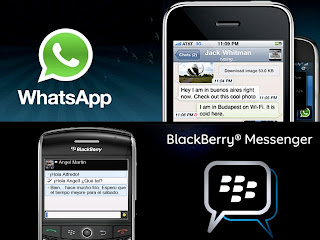 WhatsApp announced back in February that it will no longer support its application by the end of 2016 on some older mobile platforms which includes BlackBerry OS, BlackBerry 10, Nokia S40, Nokia Symbian S60, Android 2.1 and Android 2.2, Windows Phone 7, as well as iPhone 3GS/iOS 6.

However, WhatsApp changed their mind and announced again via a blog post to extend support for the following platforms until June 30, 2017: BlackBerry OS, BlackBerry 10, Nokia S40 and Nokia Symbian S60.

As announced in our blog, we will soon be ending support for certain devices. On June 30, 2017, we will no longer support the following platforms: BlackBerry OS and BlackBerry 10, Nokia S40, Nokia Symbian S60.

Whatever might have prompted WhatsApp to extends their supports… the most important thing is for your to upgrade your device before that period.