Barcelona fume over Gabigol sale to Inter and denounce Santos

Okechukwu Solomon November 17, 2016 Sports
The Barcelona's have denounced Santos over their handling of the sale of Brazil forward Gabigol, claiming breach of contract, according to reports. 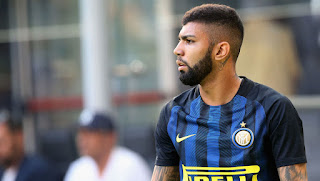 Catalan giants should have had first option on signing the 20 year old, thanks to an agreement with Santos following the acquisition of Neymar, but saw Gabigol transferred to Inter without their knowledge.

Mundo Deportivo report reveal that Barcelona have denounced Santos to FIFA, requesting €7.9 million from the Brazilian club for not sticking to the arrangement between the clubs.

Gabigol moved to Inter for €27.5 million at the end of August, but has yet to make an impact in Serie A. The forward, who has been dubbed 'the next Neymar', has not yet started a league game for the Milan club, playing just 16 minutes from the bench.

However, Barcelona believe that they should have been given the option of bringing him to La Liga, as part of their deal to have preferential options on two other players - Giva, now at Joinville, and winger Victor Andrade who is currently on loan with 1860 Munich.

Barcelona are also in talks with lawyers about the sale of Giva from Santos to Cortiba in late 2014, claiming that they were also undermined during the transfer deal.

Neymar moved to La Liga in 2013, having won three league titles with Santos, and has continued his impressive form for Barcelona.

The 24 year old has scored 91 goals in 154 games, linking up with Lionel Messi and Luis Suarez to form the famed MSN attack.